Compared with calcium-based montmorillonite, sodium-based montmorillonite has better water dispersibility, suspension, swelling, thickening and lubricity, etc., so it has a wider range of uses.
However, most of the bentonite ore produced naturally in my country is calcium-based bentonite. The commonly used method in the industry is to increase the expansion times of bentonite by adding a modifying agent for sodium treatment under certain conditions.
1. Sodium modification process and equipment of montmorillonite
There are many processing methods for sodium montmorillonite modification, which can generally be divided into dry method, semi-dry method and wet method.
Because ions are difficult to migrate under dry conditions and the modification effect is poor, wet and semi-dry methods are used more, including stirring, ball milling, homogenization, extrusion sodiumization, etc., by increasing shear force and reducing dispersion. The particle size, prolonging the aging time, etc., speed up the ion exchange process, improve the reaction efficiency and reaction degree, so as to achieve the purpose of promoting the modification effect.
The most common method for laboratory modification is sodium-based stirring, adding montmorillonite and modifier at the same time of pulping, dehydrating, drying and pulverizing to obtain sodium bentonite after soaking and pulping, which is often used in combination with wet purification. This method requires low equipment and is easy to implement, but the linear speed of the stirring equipment is low and the shear force is small. Although the ion exchange process is accelerated to a certain extent by heating in a water bath, the dispersed particle size of montmorillonite is relatively coarse. Therefore, the modification effect is limited and the sodiumization is insufficient.
Ball milling modification is to drive the ball milling media such as aluminum balls, zirconium balls, etc. to move together through the high-speed rotation of the ball mill tank. There are rotation and revolution in the ball mill tank, and the extrusion impact force, shear force and friction force on the material are generated between the medium balls and between the medium and the ball mill tank. Under the combined action of these forces, the montmorillonite particles become thinner, And promote the completion of the sodium reaction. However, affected by the rotation speed of the ball mill, the size of the medium ball, and the grinding limit, the particle size of the montmorillonite modified by the ball mill is finer than that of the stirred sodium sample, but coarser than that of the colloid mill modified sample.
Both colloid milling and ball milling modification realize sodium modification while superfine montmorillonite slurry. When the colloid mill is modified, the rotor and the stator move relatively at high speed. When the material passes through the gap between the two, it is subjected to strong friction, shearing force, spiral impact force and high-frequency vibration, so that the material is effectively mixed. , dispersion, ultra-fine, etc. The general line speed is 8-12m/s, and the processing particle size is finer than that modified by ball milling.
Due to the high cost of wet processing and drying, semi-dry sodiumization is used more in actual production. Generally, after adding a certain amount of sodium solution to the raw ore, mix well, stack it for 7-10 days, and often stir and stir, the sodiumization efficiency is low and the cycle is long. Modification and applying a certain shear force at the same time, or using the microwave irradiation process, can improve the ion exchange efficiency and shorten the sodiumization reaction time.
2. Common problems of sodium modification of montmorillonite
Common sodiumization methods generally have the following problems:
(1) The sodiumization time is long and the reaction is not complete. In actual production, calcium-based montmorillonite ore is generally sodiumized when the water content is greater than 10%. The montmorillonite contains a large amount of adsorbed water and interlayer water, which hinders the entry of sodium ions into the montmorillonite particles to a certain extent. Internally, after the particle surface contacts the modifier, a barrier layer is formed, and it is difficult for sodium ions to migrate into the interlayer, which prevents the ion exchange reaction from continuing, resulting in insufficient sodiumization and long sodiumization time. Generally, the barrier layer is broken by increasing extrusion or strong shearing, and external force is used to force sodium ions into the interlayer of montmorillonite to promote the ion exchange reaction.
(2) The ferrous iron in the structure is not oxidized to ferric iron. The octahedral lattice of montmorillonite is Al3+. When Fe3+ replaces Al3+, it is electrically neutral; when Fe2+ replaces Al3+, it is negatively charged. Under the action of Coulomb force, the crystal layers are more closely combined, and the expandable crystal layer is less and expands. Sex is small. When Fe2+ inside the montmorillonite crystal is oxidized to Fe3+, more overlapping crystal sheets will be separated, the proportion of expandable crystal layers will increase, and the expansion will be improved.
The method to improve the effect of sodium is usually to use long-term stacking weathering and regular turning. The ions gradually enter the interlayer of montmorillonite, which promotes the slow progress of the sodiumization reaction, but it is often left for several months or even more than half a year, and the cycle is very long. 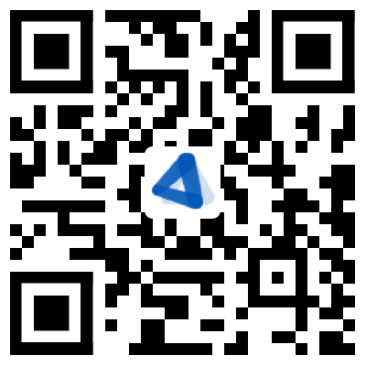